I was born and raised in Danville, CA, which is roughly 30 minutes east of Berkeley. Growing up, I did a fair bit of backpacking and other outdoor adventures, mostly as a Boy Scout, though I also backpacked for a month through Death Valley as part of a graduation requirement from my high school. I also enjoyed playing, and later refereeing soccer for many years, with the later activity culminating in officiating some collegiate and semi-professional matches.

These days, when I'm not in the lab, one of my favorite hobbies is submission grappling. I've been training Brazilian Jiu-Jitsu (BJJ) since March of 2013, when I started this journey at Soulcraft BJJ in Connecticut under Brad Wolfson. Then, when I moved back to California for a couple of years, Milton Bastos at Lanistae Academy was forced to put up with me, and somehow decided to promoted me to purple belt. In State College, PA, I thoroughly enjoyed drilling and rolling at Raptor BJJ with Jeff Rockwell and Jeremy Guillard, and when things shut down during quarantine I was fortunate to be able to get some mat time in with Paul Morgan in his basement. Currently, I train at Carlos Machado Jiu Jitsu Albuquerque with Armando Sanchez and Shannon Curlee. Beyond photonics and wrestling people, I enjoy spending time outdoors, and try to go hiking, backpacking, or climbing when the weather permits. Recently, I've also been doing a fair bit of baking with my sourdough starter, Bubbles. 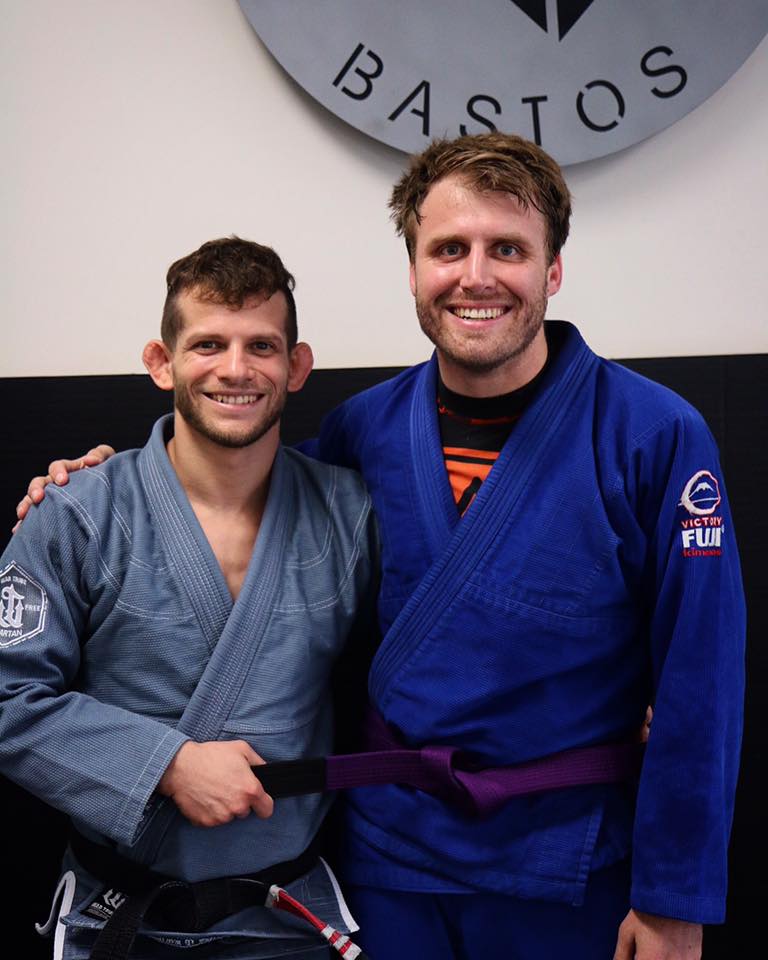